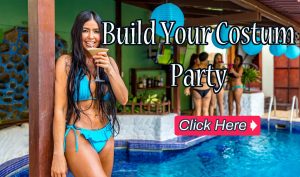 Herradura beach in Costa Rica is located just 15 minutes from Our Jaco beach Hotel and is renowned for having quite luxurious hotels, some of them famous in the country. The beach is protected by its own shape of horseshoe, for that reason the waves are small making it a good place to swim. The town of Herradura is growing and has its own accommodations.

Herradura is fully equipped for marine sports such as sport fishing, also some of the largest private yachts in Costa Rica anchor in Herradura Bay. Due to its central location and proximity to San Jose, this is one of the most popular beaches for day trips out of the Central Valley. Many tourists who come to Costa Rica for sportfishing can find a number of hotels and resorts near Herradura. Many offer fishing boats at their disposal, so you can enjoy one of the best fishing experiences in Costa Rica. In addition, Jaco, just minutes by car, offers lively and interesting nightlife, as amazing restaurants.

The ocean is calm in Herradura beach and good for swimming as mentioned before, ideal for the family. The central Pacific region, where Herradura is located, offers something different for each tourist. It is impossible to get bored since there are a wide variety of activities in the area. These include swimming and the practice of surf (in Jaco beach), coastal villages, sports fishing, wildlife, outdoor activities, and a beautiful national park.

Herradura nearby areas are precisely in the transition zone where the Amazon and Mesoamerican biological environments meet each other and are the meeting place for species from both environments. One of those areas is Carara, a famous national park that protects an evergreen forest of great complexity and density, with abundant wildlife, including the American crocodile, spider monkeys, and frogs. It is also one of the best places to observe birds throughout all of Costa Rica.

The 1492 film with Gerard Depardieu as Christopher Columbus was filmed on the Herradura beach in Costa Rica. The film was recorded on the Pacific coast, but the place where it happened the historical arrival of Columbus in reality was on the Caribbean coast. Several buildings and an Indian village were built for the film in which it was worked for 10 weeks in this location. In the past Herradura was a sleepy village of fishermen, this has since changed. The bay is dominated by luxury condominiums and a beautiful golf course. Many owners of these condominiums are Americans and Europeans. With its tranquil waters, Herradura beach in Costa Rica remains a major holiday destination for those seeking a quiet atmosphere in style.

In recent years, the town of Herradura has seen incredible development due to the demand for tourism and American property development in Costa Rica. Recently the most prestigious supermarket chain, Automercado, has moved in on the corner of the highway of Herradura. This boom was started by the initial cornerstone development in 2000 of the Los Suenos Marriott on the beach in Playa Herradura. The Los Suenos Marriott includes an 18 hole golf course, marina, and surrounding condos. Los Suenos Resort and Marina offers luxury Costa Rica vacation rentals.

Initially, the town of Herradura was a sleepy village on the dusty road to Jaco, when investors from the United States recognized its value in the early 1980s and started an agricultural company called Tierra Nueva SA. The goal of Tierra Nueva was to reap dividends from the planting of papayas, mangos, oranges, and other fruits in the fertile valley of Herradura. Tierra Nueva owned title to 24 parcels of roughly 5 hectares each in Herradura, which were sold to different US investors mainly from Santa Barbara, California. These parcels owned by Tierra Nueva were located on the north side of the road to the beach in Herradura.

The little sleepy village has disappeared. Today, local peoples come to Playa Herradura for working in luxury hotels. They have a precarious life waiting on the rich American tourists.